How much do you really know about your ancestry? 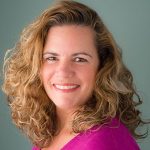 An explanation about why ORM Genomics chooses to offer expanded genetic carrier screening over ethnicity-based screening to our patients.

Twenty years ago, carrier screening options were simple. Genetic counselors were to offer screening tests from a handful of reference laboratories based on what the patient believed their ethnicity to be: Caucasians were screened for cystic fibrosis, African-Americans for sickle cell trait, and those with Ashkenazi Jewish ancestry were screened for a particular group of diseases such as Tay-Sachs.

But tune into an episode of “Finding Your Roots” on PBS, which features politicians, musicians, journalists, and celebrities learning about their family’s heritage, and watch the surprise on their faces as the host reveals their genetic ancestry. [One of my favorite reactions is that of Michelle Rodriguez, an actress from The Fast and the Furious franchise, as she discovered she was 72.4% European when she believed she was mainly Native American with some African ancestry1].

Today we understand that recommending carrier screening tests based on placing individuals in a single ethnicity bucket is a misguided approach. First, the U.S. population is increasingly diverse, with 17% of couples now being multiracial or multiethnic. According to an analysis of the 2015 U.S. Census Bureau data by the Pew Research Center, 17% of all newlyweds had a spouse of a different race or ethnicity, which is more than a fivefold increase since 19672. Second, patients may be unaware of their exact heritage. Third, patients are often found to be carriers of rare conditions that, while less common within their ethnic group, still occur. For example, Tay-Sachs disease, a severe disorder typically only screened for in couples of Ashkenazi Jewish or French Canadian and Cajun ancestries, is now more prevalent among couples with no reported known high-risk ancestry3.

In recent years, our knowledge of disease-causing genetic alterations and the technology used to find those alterations has rapidly evolved. Thus, there has been a growing trend away from ethnicity-based testing, toward offering a panel of tests that can analyze up to several hundred conditions at once, regardless of ethnic background. Genetic counselors refer to this type of panel as expanded carrier screening.

In March 2017, the American College of Obstetrics and Gynecologists (ACOG) published two guidelines that encourage providers to establish a standard approach to offer a consistent screening panel to patients of any ethnic background with a minimum number of conditions, which include4,5:

In addition to recommending this minimum panel, the guidelines also give their blessing for health care providers to use expanded carrier screening panels that include diseases that meet several of the following criteria:

There are currently twenty-four reference laboratories that offer expanded carrier panel tests in the U.S. market, each with a different set of genes selected for inclusion on their panel. While some panels only include a few genes, many include well over 100 genes. Keep in mind, the greater number of genes analyzed on a panel, the higher the likelihood of finding carriers.

Thus, ACOG stresses the importance of speaking to a health care provider with the genetic expertise to give a risk assessment for the disease with the appropriate context and discuss follow-up genetic testing.

ORM was an early adopter of expanded carrier screening and has been offering this level of testing to our patients and egg donors for over six years now. During this time we have identified thousands of patients who are carriers of rare disorders; the vast majority of these had no known family history of the disease they were found to carry. For example, we have seen a number of patients who are carriers for diseases traditionally associated with Jewish ancestry, though these individuals were unaware of having any Jewish relatives. We currently offer the Counsyl ForesightTM Carrier Screen, which screens for over 175 rare diseases, for our patients within and outside of the U.S. We also use this screening for our egg donor applicants.

All patients cared for at ORM have access to in-house genetic counselors to discuss whether carrier screening is right for them, as well as to understand their results. Counsyl estimates that about 2.4% (or 1 in 42) of couples will have a significant risk of having a child affected by an autosomal recessive or X-linked disease that is screened for on their panel6. At-risk couples are offered preimplantation genetic diagnosis (PGD) as an alternative to post-conception diagnostic procedures, such as amniocentesis or chorionic villus sampling. Those who do not choose to pursue PGD often still benefit from having the knowledge of their reproductive risks and options.

It is fortunate that in our increasingly diverse, multiracial and multiethnic society, the expansion of genetic testing is allowing our patients to obtain a more complete picture of their genetic risks and options.