PGD vs PGS: Which one is right for you? 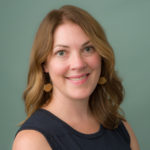 During our genetic consults, patients commonly ask, “What is the difference between PGS and PGD?” Fertility treatment is full of three-letter acronyms and genetic testing is no different. PGS stands for preimplantation genetic screening and PGD stands for preimplantation genetic diagnosis. Let’s explore what these terms mean, what they have in common, and how they differ.

What is Preimplantation Genetic Screening (PGS)?

At Oregon Reproductive Medicine, PGS is also called CCS, which stands for comprehensive chromosome screening. PGS is available to any of our patients undergoing in vitro fertilization (IVF). A few cells are removed from the embryo and sent to the genetics lab where the number of chromosomes is analyzed. A chromosome is the package of genes, or DNA, inside each cell. A normal embryo will have 46 chromosomes and an abnormal embryo will have an extra or missing chromosome. Normal chromosomes are very important for normal growth and development.

The main motivation for this testing is to find the embryo that is most likely to be successful since embryos with the normal number of chromosomes are most likely to implant and become an ongoing pregnancy. If an embryo with an abnormal number of chromosomes is used instead, it will most likely not implant at all or it will result in a miscarriage later. In some cases, embryos with chromosome changes do result in babies, but they would have a condition like Down syndrome, Turner syndrome or trisomy 13. PGS is also able to detect these types of abnormalities.

The chance for chromosome abnormalities increases as women become older. We expect to see about 50% abnormal embryos in a woman who is 38 years old. However, as more patients opt for PGS testing at ORM, we have learned that even with egg donors – fertile women in their 20s – the average rate of abnormal embryos is about 35%.

What is Preimplantation Genetic Diagnosis (PGD)?

In other cases, a healthy parent is found to have a chromosome translocation, which increases the chance that their embryos will have abnormal chromosomes resulting in failed transfers or miscarriages. Chromosomal PGD can be used to identify the embryos that are most likely to develop into healthy babies.

Some examples of patients who have done PGD through our clinic:

Unlike PGS, PGD is not an option (and is not necessary) for all patients going through IVF. PGD is available to couples who know they have or carry a genetic disease and know their gene mutation. At times, our new patients meet with one of our physicians and they only have a clinical diagnosis of their disease, but know that it may be genetic. Our genetics team can then facilitate appropriate genetic testing and if a gene mutation is found, then PGD can be considered. PGD patients also benefit from PGS – once the patient is found to have embryos that did not inherit the genetic disease, PGS identifies those that are chromosomally normal and most likely to implant. 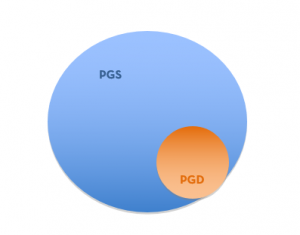 Whether you are considering PGS or PGD, it is important to understand the potential benefits, risks, and limitations of these tests. One of our genetic counselors would be happy to meet with you to discuss these options.