Can the increasing age of American fathers affect the health of their children?

Advanced paternal age: How the increasing age of American fathers could affect the health of their children 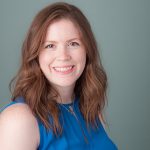 Whether you travel the world, focus on your career, or meet your soulmate at age 38, there are many reasons one may postpone having children. As priorities shift and reproductive technologies improve, the average age of parenthood is steadily increasing for both men and women across the United States.

A recent study, published in Human Reproduction, examined changes in paternal age between the years 1972 and 2015. In this 44-year period, the average age of fatherhood increased by 3.5 years, from 27.4 to 30.9. The study also found that the number of fathers who had newborns after age 40 increased from 4% to 9%, and fathers over age 50 with newborns increased from 0.5% to 0.9%.1

While advanced maternal age (when a woman gives birth after age 35) is a well-known risk factor for chromosomal conditions such as Down syndrome, pregnancy complications, and infertility, the risks associated with advanced paternal age (APA, usually considered after age 40) are less commonly discussed.2

Sperm quality may decline with age; however, men often remain fertile until very late in life.3 Men typically produce millions of new sperm each day. Healthy sperm cells contain half the genetic information (DNA) needed to create a baby, with the other half being provided by the egg cell. As men age, there is an increased chance that a new DNA mutation (like a spelling mistake) will occur during the production of sperm cells, which can be transmitted to their offspring.4

These new mutations can result in offspring having a genetic condition that was not previously present in the father or his family members. Genetic conditions associated with APA include neurofibromatosis, achondroplasia (dwarfism), Apert syndrome, and Marfan syndrome. As most of these conditions are rare, occurring in only 1 in 5,000 to < in 10,000 persons, increasing the background risk still results in a relatively low overall risk (<1%).2

Once a pregnancy is conceived, a detailed fetal anatomy ultrasound at 18-20 weeks gestation can screen for some disorders; however, it would not detect all conditions. Given that the risk is low, no additional prenatal genetic screening is typically recommended when a father is older. However, a non-invasive blood screen recently became available to screen pregnancies for some of the conditions associated with APA. Interested couples should discuss the benefits and limitations of this type of screen with their prenatal genetic counselor or obstetrician.

APA is also associated with an increased risk for offspring to have certain complex conditions, such as autism spectrum disorder, schizophrenia, and heart defects.2 These conditions are typically considered multifactorial, meaning multiple genetic factors and environmental factors may need to be present for the condition to manifest. Offspring of fathers in their 40s may be 1.4-2 times more likely to develop autism, and two times more likely to develop schizophrenia, with the risks rising further with each ten-year increase in paternal age.3, 5, 6

The specific genes involved in multifactorial conditions like autism and schizophrenia are usually not known, so there is generally no prenatal genetic testing available for these conditions. In addition, because environmental factors may also contribute to the onset of symptoms, genetic tests may never be able to predict exactly who will and will not experience multifactorial conditions.

Overall, while APA may increase the risk for some health issues, most babies born from fathers of advanced paternal age are healthy. ORM’s genetic counselors are available for preconception consultations to answer any of your questions about advanced maternal/paternal age, infertility, and pre- and post-conception screening options.