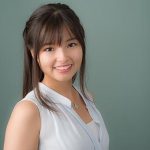 When counseling patients about the option of Comprehensive Chromosome Screening (CCS, or PGS) prior to their in vitro fertilization (IVF) cycle, patients often ask me whether there are tests to look for fetal chromosome conditions during pregnancy, after they have successfully conceived. In this article, I briefly introduce the different prenatal test options, which all screen for aneuploidy (missing or extra chromosomes). In particular, this post focuses on one of the newest prenatal testing options on the market, noninvasive prenatal testing (NIPT). NIPT was the topic of my MSc Genetic Counselling dissertation and I am very happy to be able to share what I learned regarding this technology with all of you.

Brief Introduction to the Different Tests

CCS/PGS – The main screening test that can be performed prior to conception; embryos created through IVF are biopsied and screened for all 23 pairs of chromosomes prior to transfer back into the uterus. 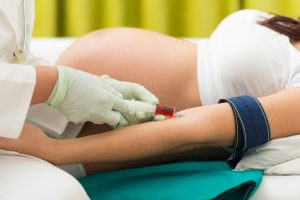 Combined Serum Screening – A maternal blood test that screens for T13, T18, T21, and neural tube defects by taking into account the mother’s age, pregnancy hormone levels, the fetal nuchal translucency measurement (water at the back of the baby’s neck, via fetal ultrasound), and sometimes the absence or presence of a fetal nasal bone (via fetal ultrasound). A risk figure is calculated that categorizes the pregnancy as either high risk or low risk.

Chorionic Villus Sampling (CVS) and Amniocentesis – Invasive diagnostic tests that can be performed beginning around 10 and 15 weeks gestation, respectively.  In CVS, cells are removed from the placenta by inserting a needle through the pregnant woman’s belly or a catheter through the cervix.  Amniocentesis is done by inserting a needle through the belly to retrieve a sample of amniotic fluid, in which fetal cells are floating.  Many different types of genetic tests can be performed on these samples, including a karyotype which can physically look at all the chromosomes in these cells.

NIPT is a technique that can test for aneuploidies (extra or missing chromosomes) by examining cell-free fetal DNA (cffDNA) in the mother’s blood. These are pieces of DNA that come from the fetal side of the placenta and end up in the pregnant woman’s bloodstream.  CffDNA was first discovered in maternal blood in 1997, and by 2002 it was possible to use cffDNA to determine fetal sex and Rhesus D (RhD) status (Lo et al. 1997; Poon et al. 2002).  Since then, there have been many studies looking at using NIPT techniques to detect single gene mutations and aneuploidies.  NIPT for detecting chromosome abnormalities was made possible in 2008 with next-generation sequencing (NGS) techniques (Fan et al. 2008; Lo and Chiu 2008; Papasavva et al. 2008).  This new test was first offered commercially in the U.S., China, and Hong Kong in 2011, and has been offered in the private sector in the UK since 2012 (Allyse et al. 2015).  Due to the public trust and simplicity in this technology, NIPT has been incorporated into routine prenatal screening in many countries over recent years.  In North America, NIPT may be offered as a prenatal screening test to all pregnant women over the age of 35 and has been covered by medical insurance in the USA and public health care in Canada since 2012 and 2014 respectively (Vanstone et al. 2015).  It is currently available in 61 countries around the world, and around 94% of maternal-fetal medicine units in the U.S. were providing NIPT in 2014 (Chandrasekharan et al. 2014; Haymon et al. 2014).

NIPT for Down syndrome has a detection rate above 99% with a false positive rate of around 1%.  The detection rate for trisomy 18 and trisomy 13 have also been proven to be above 95% but these detection rates vary depending on the NIPT lab provider (Palomaki et al. 2012; Taylor-Phillips et al. 2016). Therefore, it is important to discuss the specific test you are considering with your healthcare provider.

Some disadvantages of this new technology are: (1) a significant decrease of test sensitivity for twin pregnancies and (2) its uncertainty in the case of mosaicism (where a fetus and/or placenta have cells with both normal and abnormal numbers of chromosomes);  Therefore, NIPT is usually only recommended for singleton pregnancies (though some NIPT providers now claim to be able to screen twin pregnancies reliably).  Because false-positives may occur, invasive diagnostic testing such as amniocentesis is still advised to confirm any abnormal NIPT results. Amniocentesis can look at DNA from cells directly from the fetus rather than the DNA that comes from the placenta. This allows confirmation that the abnormal chromosome numbers detected through NIPT are actually represented in the fetus and not confined to the placental cells, to rule out a rare situation called confined placental mosaicism.

In addition to having a high detection rate for Down Syndrome (>99%), NIPT has other desirable features. The test itself is non-invasive and poses no direct risk to the health of the fetus or the mother, as it only requires a maternal blood sample. This test is also able to provide reliable results as early as nine weeks gestation, which is much earlier than traditional screening tests (Wright 2016). This allows individuals who receive a ‘bad news’ result time to consider their options and provides others the reassurance they desire earlier in the pregnancy.

In counseling patients about CCS, we emphasize that the limitations of CCS it is still reasonable for patients to consider follow-up prenatal screening or diagnostic testing for chromosome abnormalities during pregnancy.  Genetic counselors are a great resource to help you understand the potential risks, benefits, and limitations of these tests. Please feel free to reach out to our genetic counseling team at ORM, or to a prenatal genetic counselor in your area.

Papasavva, T. et al. 2008. Arrayed Primer Extension for the Noninvasive Prenatal Diagnosis of β‐Thalassemia Based on Detection of Single Nucleotide Polymorphisms. Annals of the New York Academy of Sciences 1137(1), pp. 302-308.