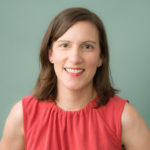 For half of couples experiencing infertility, a factor in the male partner is identified as causing or contributing to their difficulties in getting pregnant. This can be a surprising statistic for patients who may have assumed that the root cause was more likely to be traced to the female, and it may not be easy news to hear. Even men who have previously fathered a pregnancy can be newly identified as having male-factor infertility. Identifying these male-factors can solve part of the infertility mystery; facilitate the ordering of appropriate follow-up tests; and allow doctors to guide patients to fertility treatments with the best chance of success.

About half of male infertility cases—usually recognized through abnormal sperm test (semen analysis) results —involve a known contributor such as scarring from a prior surgery or injury, blockage, or side effects of prior environmental exposures. In the other half of cases, the cause can be genetic. A fertility doctor or genetic counselor can review one’s medical and family history and order certain tests to help determine if abnormal semen parameters might be caused by genetic factors.

Genetic abnormalities that contribute to male infertility generally affect either the initial production of sperm, or the transport of sperm that was produced normally. Let’s discuss some of the most common contributors to male factor infertility and their possible genetic causes.

Low sperm count (defined as <20 million sperm/mL) is referred to as “oligospermia” and absence of sperm is called “azoopermia.” When either of these is identified without an already known explanation, genetic testing may be offered.

Chromosomal abnormalities.  One of the most common genetic causes of oligo- or azoospermia is an abnormality in the man’s chromosomes.  Chromosomes are the structures that contain our DNA, or genes.  The DNA in each of our body’s cells is organized into 46 individual packages (chromosomes), 23 from the sperm and 23 from the egg.  A karyotype is a blood test that can determine whether a man, despite being apparently healthy, has a change in the number or structure of his chromosomes.  The chance of identifying a chromosome abnormality in a man with oligospermia is 2-7%, and in a man with azoospermia is 10-15%.

Other chromosome changes linked to male infertility are sex chromosome abnormalities.  These occur when a man has an extra X chromosome (47,XXY or Klinefelter syndrome) or an extra Y chromosome (47,XYY).  While some males are diagnosed with these conditions earlier in life due to physical features or mild learning issues, other men have such a mild form of these conditions that they do not come to medical attention until the low or absent sperm count is noticed.  While it is rare for men to receive these diagnoses in adulthood, many find that having this information helps them to understand the root of other medical issues they may have experienced or to receive guidance from specialists moving forward.

Y chromosome microdeletions.  Another genetic test commonly offered to men with low sperm counts is a Y chromosome microdeletion test (sometimes referred to as “Y-PCR”).  In the test, specific areas of the Y chromosome known as “azoospermia factor“ (AZF) regions a, b, and c—which contain genes important for normal sperm development—are examined for missing sections of DNA.  ~7% of men with oligospermia and ~13% of men with azoospermia are found to have such microdeletions.  Since different AZF deletions affect sperm production to different degrees, finding such deletions can help doctors counsel patients on their best options for fertility treatment.  In addition, Y-microdeletion test results can provide information about the chance for a man’s future sons to experience infertility.

CAVD is a condition in which the tubes that carry sperm out of a man’s testes (the vas deferens) fail to develop properly.  Men may be missing these tubes on one-side (“unilateral;” CUAVD) or on both sides (“bilateral;” CBAVD). There is a very strong association between CAVD and the cystic fibrosis gene (CFTR).  Men who have cystic fibrosis (CF) – a recessive genetic disease that causes thick mucus to form in the lungs, pancreas, and digestive tract – almost always have CAVD.  Among men who have CAVD as an isolated issue (the type usually diagnosed in adulthood), 50-80% have one or two mutation(s) in the CFTR gene. Often a man with CAVD is diagnosed as a carrier of CF, having (or finding, due to test limitations) just one mutation, and/or is found to have two “mild” CFTR mutations. These mild mutations may only cause problems in one organ system, such as the vas deferens, which explains why a man with CFTR mutations may only have CAVD and not full-blown CF.

Genetic carrier screening tests such as the Counsyl test can screen for CFTR mutations on a blood or saliva sample with very high accuracy.  Men with CAVD can benefit from the expertise of a genetic counselor who can be sure the appropriate CF genetic test is ordered for them and their female partner or egg donor (not all tests are created equal!), and can counsel them on their chance to have a child with CF based on these results.

Some men with CAVD may have the condition in combination with a kidney abnormality.  Although this condition is not usually associated with CFTR mutations, it can be inherited; therefore, these patients too can benefit from genetic counseling

While it can be surprising and frightening at first for men and their partners to learn that male factors may play a role in infertility, genetic technologies are increasingly being used to identify the causes.  Revealing the source of these issues can be exceedingly helpful, particularly for men in whom they occurred with no apparent explanation.  Genetic research is expected to prompt many more advances in testing for male factor infertility in the coming years.  Feel free to email our genetic counseling team (geneticcounselor@portlandivf.net) for further information.